Posted on October 3, 2015 by seguincaretaker

Winds still 25 mph and mostly cloudy.  I love the wind; Cyndy’s pretty tired of it.  It’s in the 40s and really bracing.

While Cyndy mowed down below, I decided to bake.  I’ve been craving it; the gas in my building in New York City has been off since mid May.  I think Con Edison may be turning it back 0n on Monday.  Plumbers spent the summer putting in all new gas pipes in the whole building.  So I thought, well I haven’t baked bread in a long time, let’s try cinnamon raisin. I think the milk was too hot and I must have killed the active ingredients in the yeast because it didn’t rise and came out like a brick.  I’m sure it didn’t help any that most of the flour ended up on my pants. 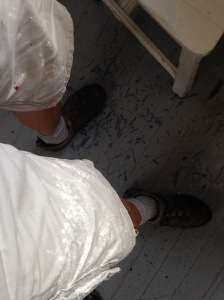 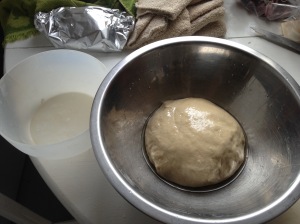 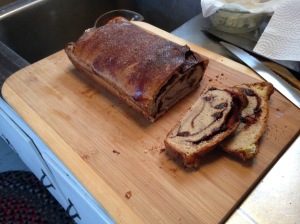 The lawn looked great after Cyndy finished.  She even did the camp ground and Cove Trail. 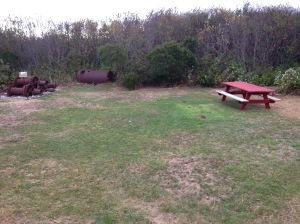 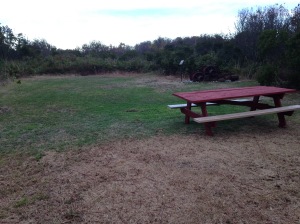 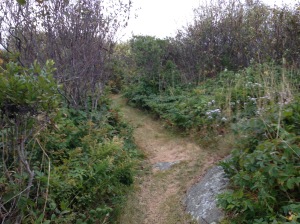 The yard up top is really lush.  We’re basically climbing around on rocks that happened to be carpeted with a thick lawn that we mow, so the brown spots this time of year are the places where the carpet is not as plush.  But it undulates in a really beautiful way.

Five years ago I brought a kite with me thinking I’d use it all the time but the winds here are like the currents in the water.  They go in all directions at the same time.  There may be a steady stream coming from any given direction but the gusts make it impossible to keep a kite air-born.  There’s a reason George Washington commissioned a lighthouse here in 1795 at the cost of $3000 (a huge sum in that day); the currents around the island competing with one fifth of the fresh water Maine produces gushing down the narrow mouth of the Kennebec River, and the changing tides, make for a confluence of turbulence that caused many ships to founder around this island before there was a light and a horn to warn them in time to prevent disaster. 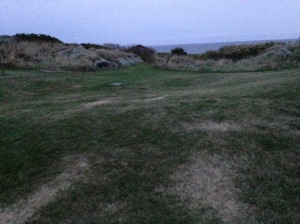 There were more cards and Scrabble and a brief scare when the big electric heater downstairs didn’t fire up.  I jiggled the plug and it kicked in.  That’s not a good sign. 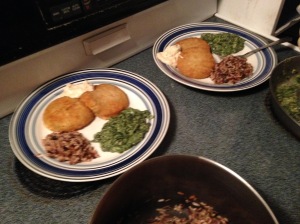 Warmed summer berry buckle made for a grand desert and sleep came on by ten, after more cards and Scrabble and planning for the weekend.