Assessing the Week, which may get Shortened!

Posted on September 17, 2019 by seguincaretaker

There were many new things to see yesterday venturing out on the north trail. 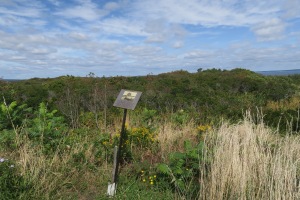 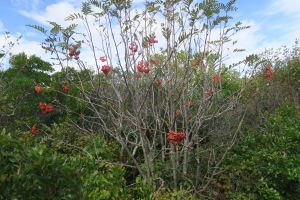 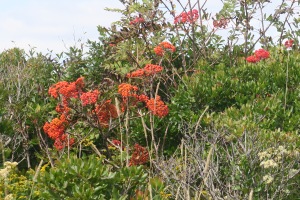 The Mountain Ash was in abundance.  (We think that’s what this is.) 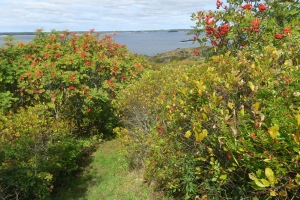 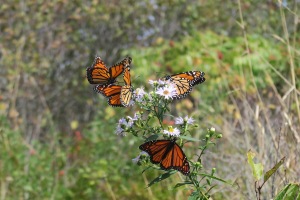 There were still blackberries that were sweeter than I remember, which made for a nice snack on the trail.  And the Monarch butterflies were everywhere feeding on white and purple flowers, gearing up for their long migration to Mexico. 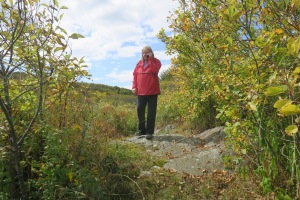 New boards were laid down in the Loop off the North Trail through the bog.

Jackson was out lobstering on his Black Diamond

Debbie and Chris were the caretakers this summer.  I’m sorry I did’t get to meet them.  Chris blazed a new trail off the North trail with yellow ribbons that ends high up on the western shore of the cove looking down through the trees at the Boathouse.

There has been a new roof put on the Whistle House with tiles flown in by helicopter and the weather station us up and running again. 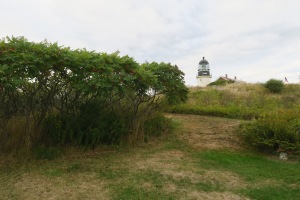 One year we saw the Monarchs in droves at dusk each taking the end of a branch on Fat Albert (the squat pine tree that, sadly has died and been removed).  This year, as dusk approached, they had all found one particular location on a sumac tree, where they could see the approach from both sides of the path.  It provided ideal camouflage.

In the evening, we feasted on chicken Marsala and upside down peach cake. 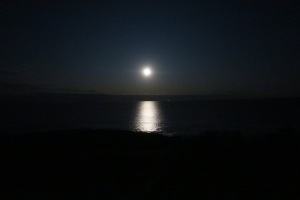 And the waning gibbous moon made another spectacular appearance just before bedtime. 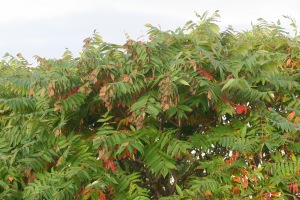 In the morning the Monarchs were still there just waking up to either feed again, or begin their long journey. 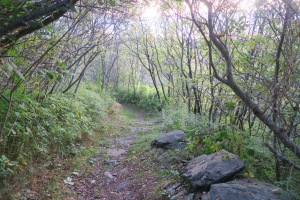 The forecast doesn’t look great toward the end of the week so it is possible that we will have to leave the island early.  It means that today we really have our work cut out for us in anticipation.  Yesterday, while I baked, Cyndy got all the screens out from the basement and leaned them against the house by the windows they will each cover.  Instead of mowing the lawn we’ll go to work at that and maybe, if we get to finish out the week, we’ll get time for the mowing.  Then we also plan to clean out the public facility down by the cove.  Lots of fun today!