Posted on June 5, 2010 by seguincaretaker 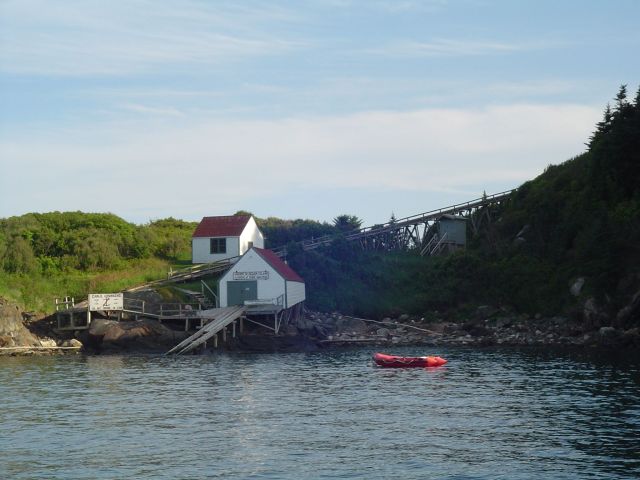 How many folks can we get up here?

Even though I’d like to think not, I’ve become a city guy.  And now that the date has been changed for the visit of Duane’s class from Seniors College in Augusta to today (Ethan advised based on stormy weather forecast for Saturday) I felt compelled to get out the sit down mower to do the lawn and helipad.  Cyndy had shown me how to use it so I thought, yippee, ride ‘em cowboy!  Whoa back babe.  Not so easy.  I couldn’t find the choke.  There’s one lever with a graphic at the top of a rabbit and a graphic at the bottom of a turtle which I assumed to be for speed and I’d be crawling along like the tortoise and win the race eventually.

In fact, setting the lever to the hare is the choke mode.  And it was fun.  I haven’t done anything like this in a long time.  My grandparents in Michigan had one and it was my grandmother who would get out on it and mow probably as much acreage as we have here, well into her nineties (she lived to be 104).  I did hear a story that it was discovered a previous caretaker had let his nine year-old son entertain himself on it and went over a rock that turned the blade up through the floor.  I had visions of leaving my toes behind on the lawn after.

All was well until France came out to say something so I stopped it by the flagpole.  I got it started again but it stopped right away.  Out of gas.  Coming back from the whistle house with a can of the mix (oil and gas) I’d no sooner filled it up when a thought occurred to me:  didn’t David say one of these required only gas?  Then I read the gas cap on the mower:  use unleaded gasoline only.  David had said someone had put the mix in a can labeled gas and that the damage required them to bring the tractor back to the mainland for repair.  I was panicked; stupid caretaker not even on the island a week and even after being told, he ruins the mower.  I’m fired; back to the city for this guy.

I had to think fast.  The mower was stopped on an incline by the flagpole.  Didn’t I remember seeing a short length of plastic hose somewhere?  After fetching a large can of gas (without a spout) from the Whistle House and not having turned up the hose, I remembered it might have been on the floor in the basement.  Yes, I did.  I siphoned out the mix from the mower tank almost completely thanks to gravity.  You don’t want to try this.  All afternoon I thought I was going to die.  The taste doesn’t go away no matter how much you spit.

So we’re up and running?  Not so fast.  After an initial odd noise I hadn’t heard before, the thing cranked up just fine:  lower the blade, release the brake, foot on the gas.  Nothing.  Reverse.  Nothing.  So maybe this won’t be my fault.  Now I have that black-under-your-fingernails mechanics hands and grease and grass to my wrists but finally determined that a belt was loose.  And come to find out it is a belt Cyndy didn’t even know was on the machine, but David did and admitted it hadn’t been replaced in probably three years.  I found where it was slipping off and after putting it back a few times, I finally managed to finish all of the lawn I thought it possible to do with the sit-down mower.  The rest I’d have to do with the push one and the weed whacker.

That felt good and the day was turning into a picture perfect event for the seniors’ trip to watch the sunset.  I went down to the cove before five to meet the first boat.  Fourteen came altogether and it required two trips.  I stayed down to assist both times while France waited the arrival up top with lemonade and a big smile.  Ethan insisted I come out with him on the boat after the last of the seniors had jumped off into the icy water and scrambled over the rocks to the steps and trail leading to the top.  There would be plenty of time while that transpired.  I think he wanted to catch a mackerel.  I had set the video up on the rocks to record the disembarking of the last boatload; there was not time to get it now.  I have thirty minutes of footage of ducks in the cove and I may turn it into a loop that will constantly play on my TV at home.  I hope it won’t make me cry.

The seniors had a great time.  They had moved the picnic table to a different spot on the lawn and were eating sandwiches they’d brought.  Some had already hiked trails and were full of stories of sightings of eggs in nests (gulls), a green snake slithering out of its skin, leaving behind the most supple, gossamer casing of its likeness, head to tail.  France had opened the tower and had begun to take people up to the Light.  This meant I’d be relegated to the gift shop and museum.  I’ll get used to it, but it’s not something I enjoy due to the paperwork involved of recording every purchase down to the code numbers and descriptions and form of payment.  I hope no one ever wants to pay with a credit card.  We have one of those contraptions for this no one has seen in decades.  Connie has to call them in after we bring her the receipts.

I was glad that I’d mowed and that we’d put in the garden.  Ethan was impressed that we’d accomplished so much in less than a week.  He recommended we gather seaweed and grass clippings to use as ground cover in the garden to hold in the moisture.  J.P. commented that it must have been difficult to bring in so much topsoil (I didn’t tell him about the composting).  He couldn’t believe how rich it is.  And someone else said it was very well organized.  Carolyn asked if we had a flora book and proceeded to tell us the names of all the wild flowers, the only one of which I’ve committed to memory is the buttercup.

There was another wild version of something lemony tasting in the bitter leaves you could use in the kitchen.  France was sure to get everyone to sign the guestbook.  Duane gave us a gift of his prized photo of the house and tower with a rainbow he was lucky enough to catch in the background, framed, which I had learned fetched $50 at last summer’s raffle.  We’ll see him again for the upcoming first scheduled work weekend.

Just in time, I remembered that I wanted to see if guests would be interested in participating in lowering the flag.  I suspected it could be popular.  Diana from Northern Ireland and Shirley were thrilled and others stood by to offer advice and tell stories.  This begs to be a movie in itself.

Through it all I managed to throw a chicken in the oven.  France and I had a late dinner after they’d all gone back, eating in the dark for a change, and once the dishes were done and the bird deboned and prepped for soup, it was midnight and we were exhausted.

Today I’m catching up on all the writing for yesterday.  We awoke to thunderstorms and lightening and fog.  It will no doubt be like this all day.
We got a lot done just the same:  France worked outside between showers and I made chicken soup.  Hey the sun’s out at last!